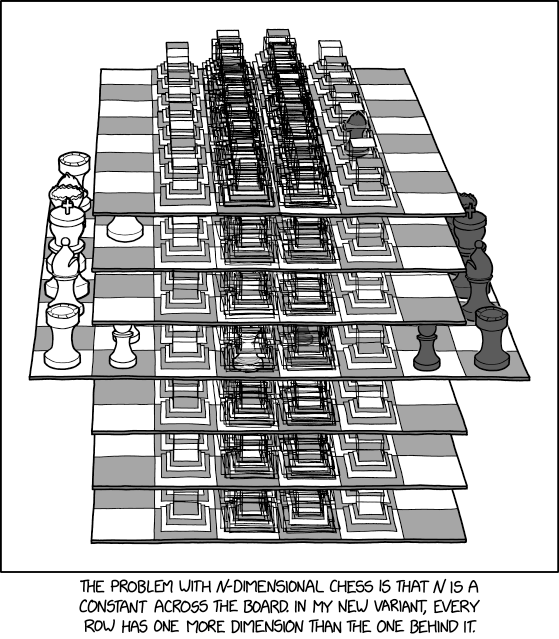 [A chessboard is depicted in the middle of a stack of boards. All pieces visible on the middle board are in their starting positions, except the white knight from a2 at d1 and the black pawn from g2 at e2. There are three boards each above and below the original, missing columns a and h. On columns c & f on each board, there are clear cubes with a small pedestal on each square. Columns d & e are similar, except with multiple cubes on each square. No chess pieces are visible, except for a white piece – not clearly visible, but implicitly the white king’s knight – on the second board above the middle on b2 and a black pawn on the top board on f3. Below the chessboards is a caption]

[Caption below the panel]:

The problem with N-dimensional chess is that N is a constant across the board. In my new variant, every row has one more dimension than the one behind it.