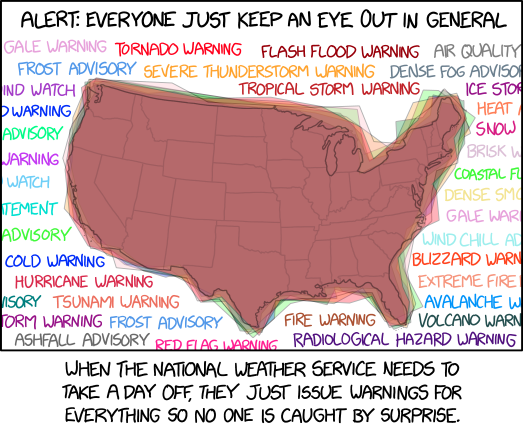 [Heading on top of frame:]

Alert: Everyone Just Keep An Eye Out In General

[A map of the 48 contiguous states of the United States, surrounded by several warning polygons that cover most or all of the area, along with parts of neighboring countries or the sea.]

[The following warning headers are printed in different colors around the map of the United States, some of which are cut off by the frame. Assumptions about text outside of the frame are given in square brackets.]

When the National Weather Service needs to take a day off, they just issue warnings for everything so no one is caught by surprise.