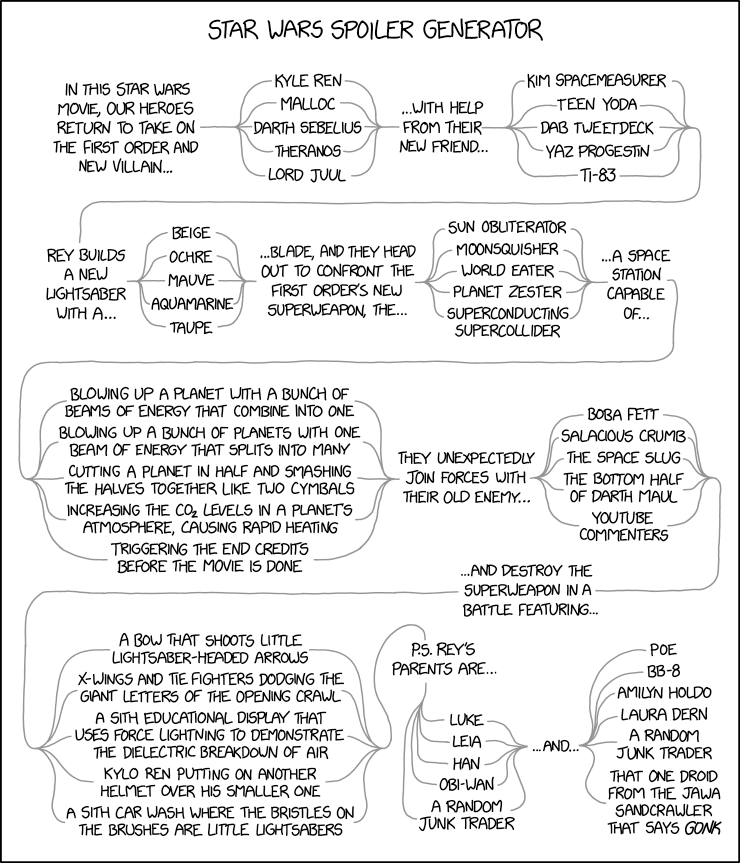 [Shown below is a branching flowchart of sorts that begins at the phrase “In this Star Wars movie, our heroes return to take on the First Order and new villain…”, then flows through various paths to build up a story.]

In this Star Wars movie, our heroes return to take on the First Order and new villain…

…with help from their new friend…

Rey builds a new lightsaber with a…

…blade, and they head out to confront the First Order’s new superweapon, the…

…a space station capable of…

triggering the end credits before the movie is done

They unexpectedly join forces with their old enemy…

the bottom half of Darth Maul

…and destroy the superweapon in a battle featuring

Kylo Ren putting on another helmet over his smaller one

that one droid from the Jawa Sandcrawler that says Gonk