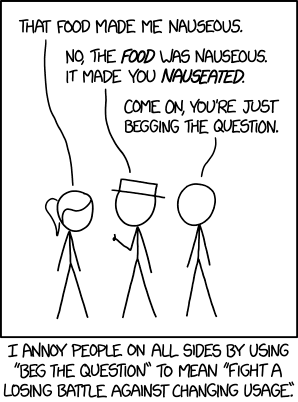 [Ponytail and White Hat standing next to each other talking. White Hat has raised his hand while Cueball stands behind him.]

Ponytail: That food made me nauseous.

White Hat: No, the food was nauseous. It made you nauseated.

I annoy people on all sides by using “beg the question” to mean “fight a losing battle against changing usage”.