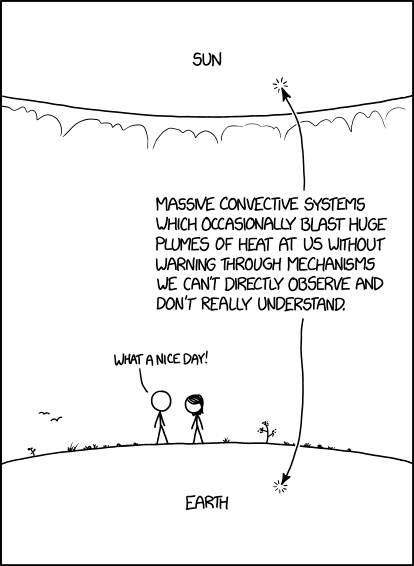 [The entire comic is within a panel. At the bottom of the image a curved shape depicting a small part of the Earth’s surface and labeled as “Earth” is shown. At the top a similar sized shape but opposite curve is labeled as “Sun”. The surface of the Sun is seething while on Earth’s surface a few plants, two birds, and Cueball together with Megan are visible.]

[Two arrows pointing to the Sun and the Earth with a caption applying to both of them:]

Massive convective systems which occasionally blast huge plumes of heat at us without warning through mechanisms we can’t directly observe and don’t really understand.

Cueball: What a nice day!