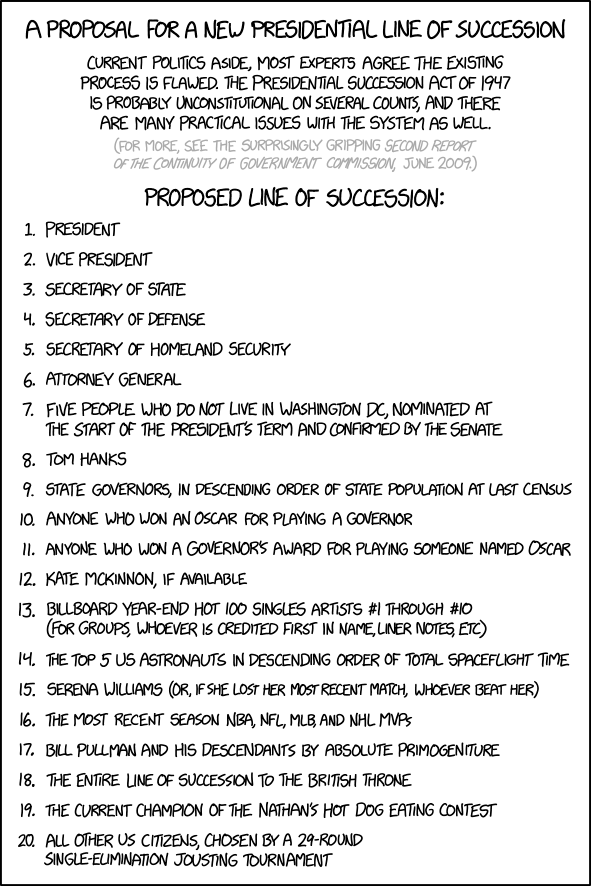 A proposal for a new presidential line of succession

Current politics aside, most experts agree the existing process is flawed. The Presidential Succession Act of 1947 is probably unconstitutional on several counts, and there are many practical issues with the system as well.

(For more, see the surprisingly gripping Second Report of the Continuity of Government Commission, June 2009.)