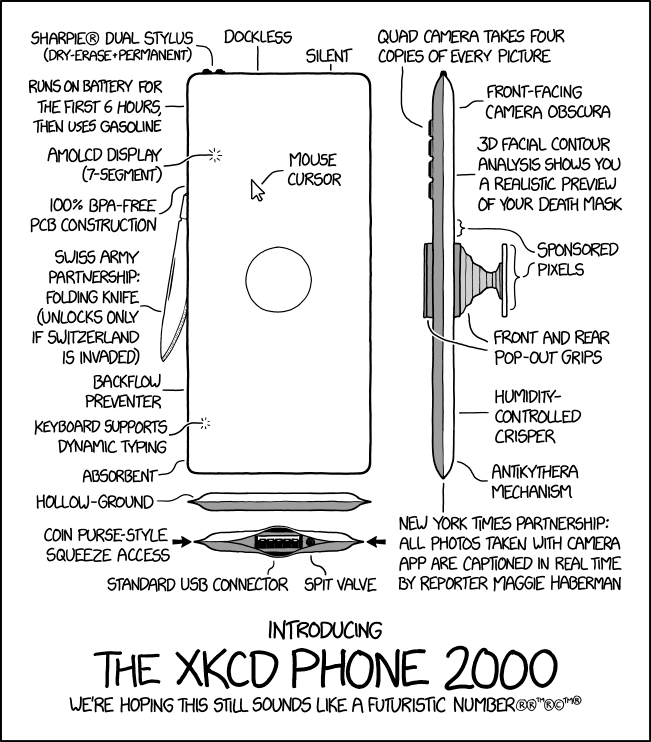 [The comic depicts a smartphone showing many uncommon features. The front view shows a mouse cursor and a circle in the middle. The side view reveals the circle as something like an old photo lens from 1900 extending far above the surface and four large buttons (camera lenses) at the rear. The third view is from the top and just mentions a “hollow ground.” The bottom view looks like as it was opened by a can opener and shows a big USB connector and on the right a small black connection.]

Runs on battery for the first 6 hours, then uses gasoline

We’re still hoping this sounds like a futuristic number®®™®©™®