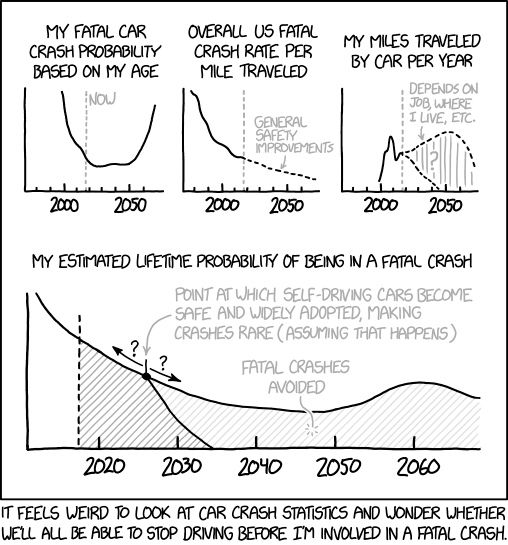 [Graphs are shown inside of a panel.]

My fatal car crash probability based on my age

My miles traveled by car per year

Depends on job, where I live, etc.

[Graph 4, below the previous graphs:]

My estimated lifetime probability of being in a fatal car crash

[Label pointing at a gray segment after late-2020s:]

It feels weird to look at car crash statistics and wonder whether we’ll all be able to stop driving before I’m involved in a fatal crash.