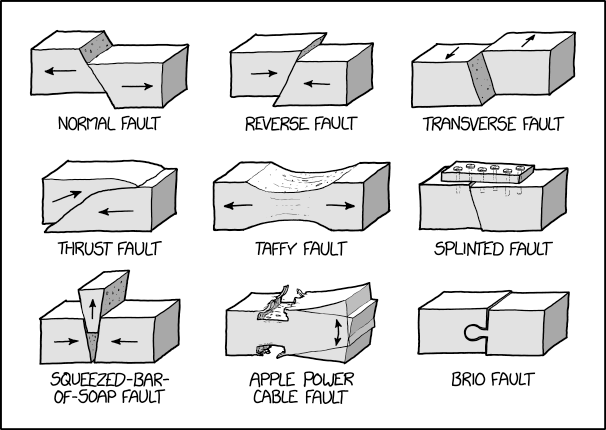 [Two planes with a slip fault drifting away to the left and right.]

[Two planes with a slip fault drifting against each other from left and right.]

[Two planes moving sideways away from each other.]

[Two planes drifting away and the connection between them gets smaller, like a piece of taffy candy.]

[On top of both planes a small piece with splints holds them together.]

[The two planes pressing together with a piece in the middle moving upwards.]

[The right plane is connected to the left and swinging up and down.]

[One side with a thin connector and the other with an evenly spaced hole connecting the planes together. The pieces fit together like a puzzle.]