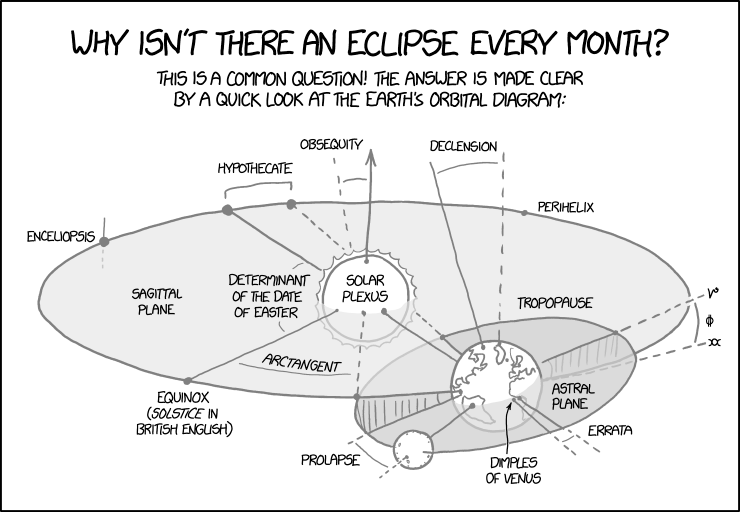 [An orbital map of the Earth is shown. The Sun is in the center, the Earth is at the right bottom, and the Moon is left below the Earth.]

Why isn’t there an eclipse every month?

This is a common question! The answer is made clear by a quick look at the Earth’s orbital diagram:

[Label on the Earth’s plane:]

[Labels on Earth’s orbit (beginning at the Earth counterclockwise):]

[Two angles in the plane are labeled as:]

Determinant of the date of Easter, Arctangent

[The plane of the Moon is pictured in a small angle to the Earth’s plane and named Astral Plane. The angle is presented between two lines (Greek Nu or Gamma and a double Greek Chi) and identified by a character that looks similar to a Greek Phi but with two vertical lines.]

[The labels at the Moon’s path are:]

[An arrow points to the Earth at the zero meridian on the equator. The label reads:]