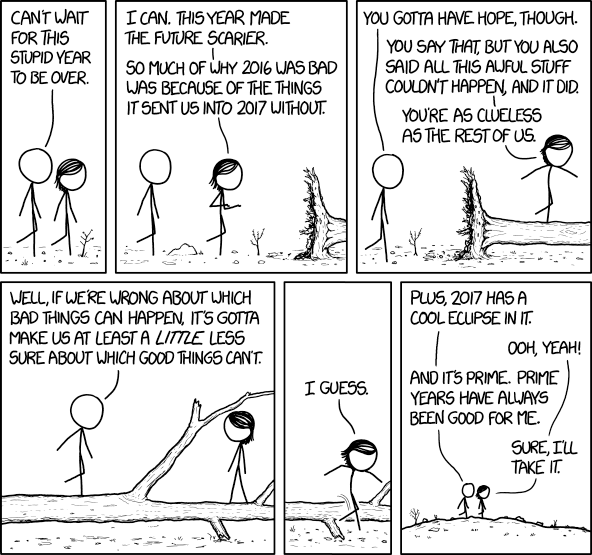 Cueball: Can’t wait for this stupid year to be over.

[The two approach a fallen tree]

Megan: I can. This year made the future scarier. So much of why 2016 was bad was because of the things it sent us into 2017 without.

Cueball: You gotta have hope, though.

Megan: You say that, but you also said all this awful stuff couldn’t happen, and it did. You’re as clueless as the rest of us.

[Closeup of Megan hopping down from the tree]

[A distant shot of Megan and Cueball walking along again]

Cueball: And it’s prime. Prime years have always been good for me.