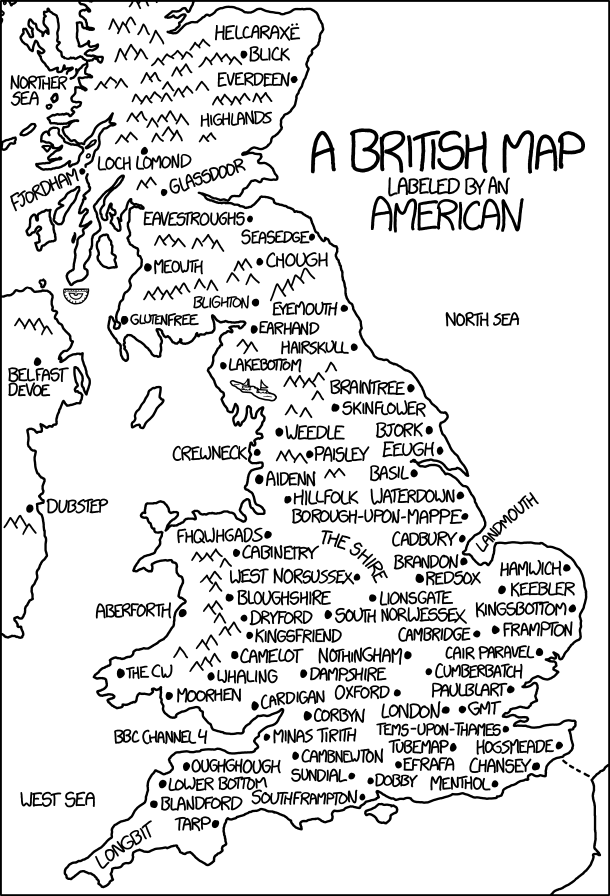 [A black-and-white map of Great Britain. The detail on the map is minimal, showing mainly the outlines of the land, upward-pointing angles representing mountains, and points representing cities. The only other features are a small drawing of a protractor south of one peninsula, and a lake with two small sailboats on the west side of the largest landmass. The caption in the upper-right states in large letters “A BRITISH MAP,” then in smaller letters underneath, “LABELED BY AN AMERICAN.” Most of the map’s area is covered by labels for various features, which are listed below.]

[In the Republic of Ireland:] Dubstep