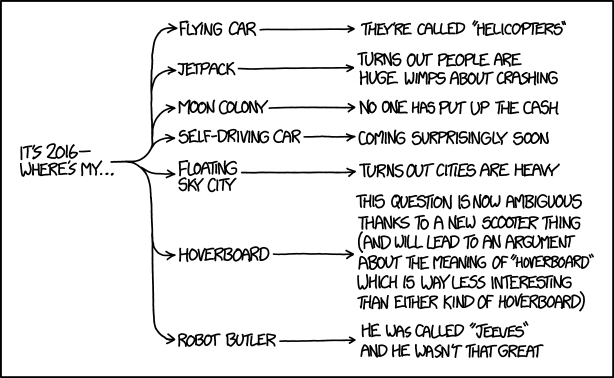 [A chart with three columns of text with only one entry to the left - which is written in the middle of the panel. Then there is one line going right from this text but soon it splits into seven lines going either up (3), almost straight (2) or down (2) ending in arrows that points to the next column with seven entries for different possible future inventions. From each of these entries a horizontal arrow continues to the last column at the right with seven more entries commenting on these inventions.]

Jetpack → Turns out people are huge wimps about crashing

Moon colony → No one has put up the cash