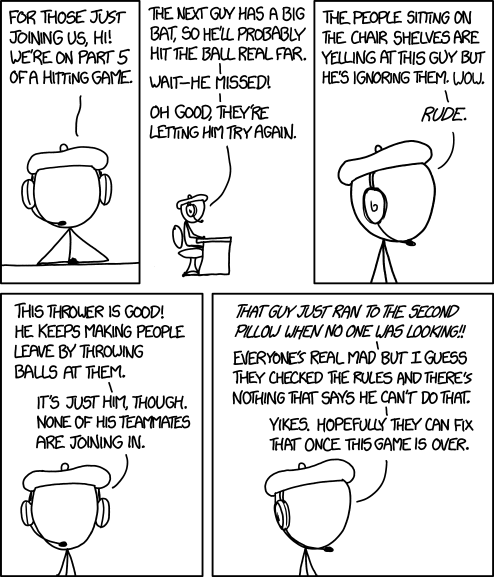 Beret Guy: For those just joining us, hi! We’re on part 5 of a hitting game.

Beret Guy: The next guy has a big bat, so he’ll probably hit the ball real far. huh?

Beret Guy: The people sitting on the chair shelves are yelling at this guy, but he’s ignoring them. Wow.

Beret Guy: This thrower is good! He keeps making people leave by throwing balls at them.

It’s just him though. None of his teammates are joining in.

Beret Guy: That guy just ran to the second pillow when no one was looking!

Everyone’s real mad but I guess they checked the rules and there’s nothing that says he can’t do that.

Yikes. Hopefully they can fix that once this game is over.