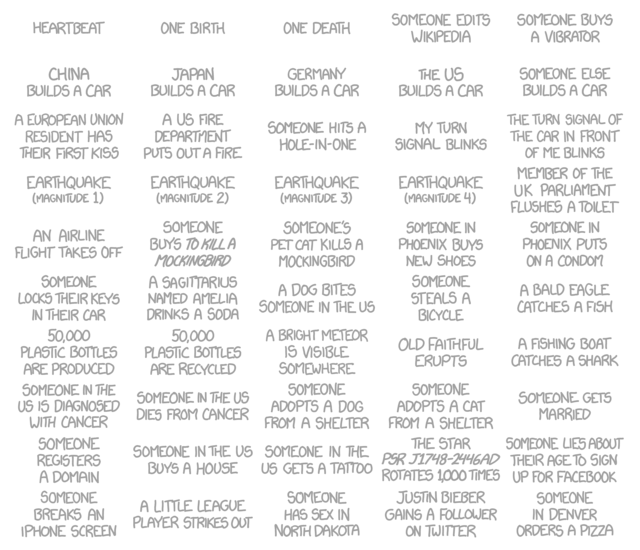 ((Third row: a European Union resident has their first kiss, a US fire department puts out a fire, someone hits a hole-in-one, my turn signal blinks, the turn signal of the car in front of me blinks.))

((Sixth row: someone locks their keys in their car, a Sagittarius named Amelia drinks a soda, a dog bites someone in the US, someone steals a bicycle, a bald eagle catches a fish.))

((Tenth row: someone breaks an iPhone screen, a little league player strikes out, someone has sex in North Dakota, Justin Bieber gains a follower on Twitter, someone in Denver orders a pizza.))