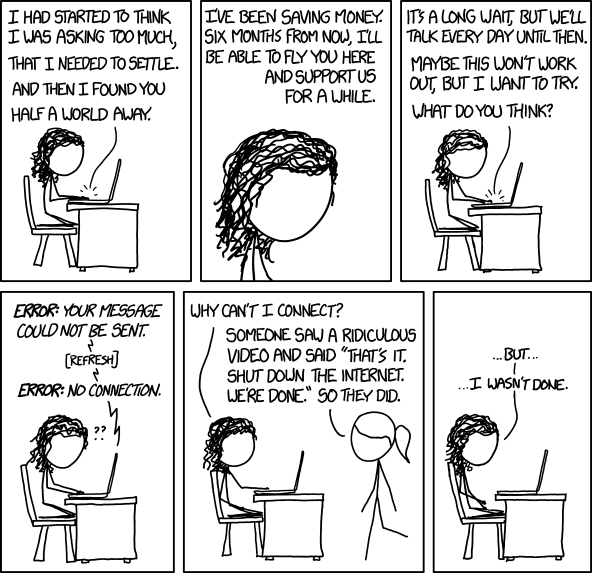 [[A woman with dark curly hair is sitting at a desk, typing on a laptop.]]

Curly: (typing) I had started to think I was asking too much, that I needed to settle. And then I found you half a world away.

Curly: (typing) I’ve been saving money. Six months from now, I’ll be able to fly you here and support us for a while.

Curly: (typing) It’s a long wait, but we’ll talk every day until then. May this won’t work out, but I want to try. What do you think?

ERROR: Your message could not be sent.

[[A light-haired woman with a ponytail walks in.]]

Curly: Why can’t I connect?

Ponytail: Someone saw a ridiculous video and said, “That’s it, shut down the internet, we’re done.” So they did.

[[Looks sadly down at the laptop, hands in her lap.]]