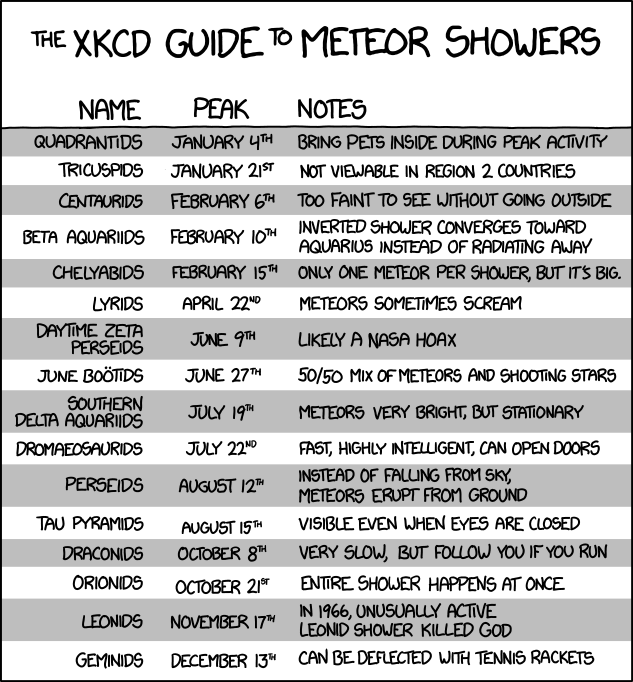 The xkcd guide to meteor showers

((This panel is a table with candy-cane shading. The three columns are “Name”, “Peak”, and “Notes”. It is given here in a |-delimited form.))

Centaurids | February 6th | Too faint to see without going outside

Chelyabids | February 15th | Only one meteor per shower, but it’s big.

50 mix of meteors and shooting stars

Perseids | August 12th | Instead of falling from sky, meteors erupt from ground

Tau Pyramids | August 15th | Visible even when eyes are closed

Draconids | October 8th | Very slow, but follow you if you run

Geminids | December 13th | Can be deflected with tennis rackets