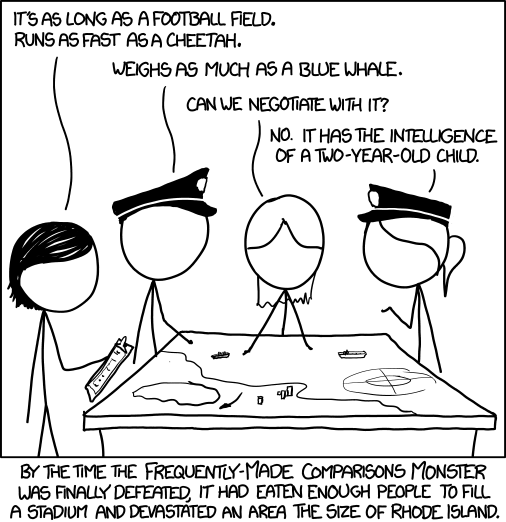 [[4 figures are standing around a table-top crisis planning model. Two are wearing police-style hats; one holds a clipboard.]]

Figure 1: It’s as long as a football field. Runs as fast as a cheetah.

Figure 2: Weighs as much as a blue whale.

Figure 3: Can we negotiate with it?

Figure 4: No. It has the intelligence of a two-year-old child.

By the time the Frequently-Made Comparisons Monster was finally defeated, it had eaten enough people to fill a stadium and devastated an area the size of Rhode Island.