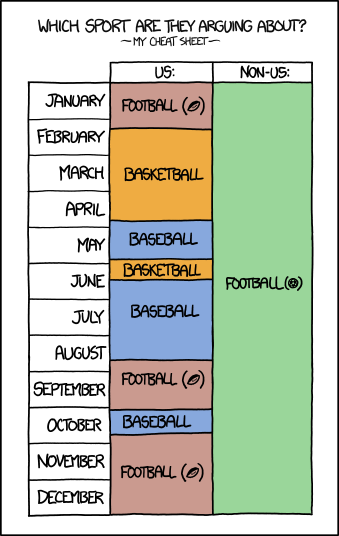 (( The panel is a chart. Months are arrayed down the first column, the second and third columns show sports, with the divisions in partial months rather than lined up with the ends of months. ))

Which sport are they arguing about?