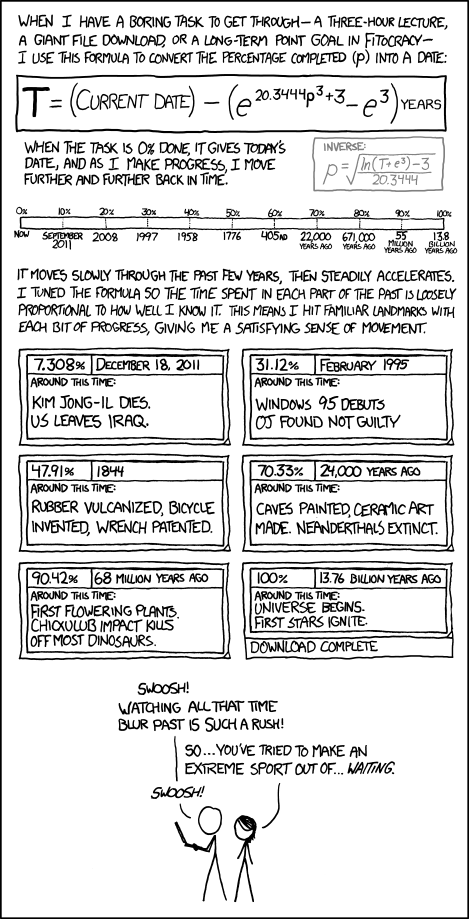 When I have a boring task to get through – a three-hour lecture, a giant file download, or a long term point goal in fitocracy – I use this formula to convert the percentage completed (p) into a date:

When the task is 0% done, it gives today’s date, and as I make progress, I move further and further back in time

((inverse given in lighter colors))

It moves slowly through the first few years, then steadily accelerates. I tuned the formula so the time spent in each part of the past is loosely proportional to how well I know it. This means I hit familiar landmarks with each bit of progress, giving me a satisfying sense of movement.

[[Person 1 watches a download progress on a laptop in amazement and happiness. Person 2 stands nearby and looks at person 1 with a bemused posture]]

Person 1: Swoosh! Watching all that time blur past is such a rush!

Person 2: So… you’ve tried to make an extreme sport out of.. waiting.