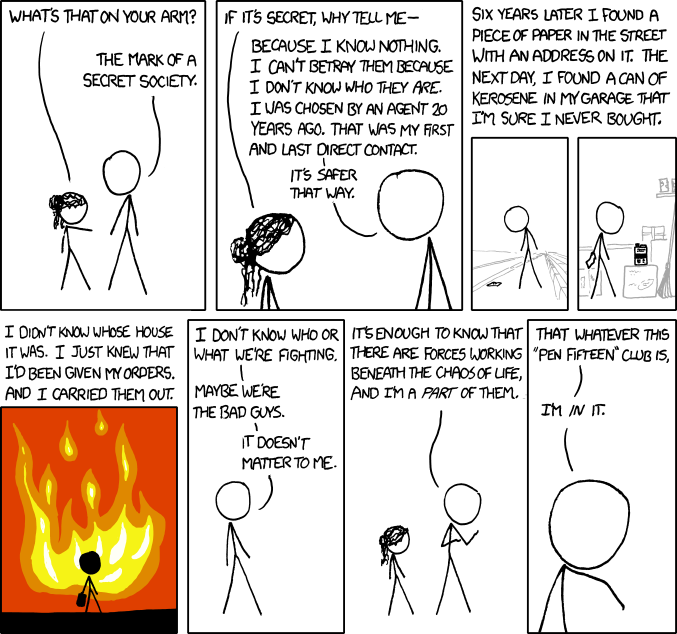 [[An adult and a child are talking.]]

Child: What’s that on your arm?

Adult: The mark of a secret society.

Adult: Because I know nothing. I can’t betray them because I don’t know who they

I was chosen by an agent 20 years ago. That was my first and last direct contact. It’s safer that way.

Narration: Six years later I found a piece of paper in the street with an address on it. The next day I found a can of kerosene in my garage that I’m sure I never bought.

[[The panel represents these actions by highlighting the mentioned objects in a world of gray.]]

Narration: I didn’t know whose house it was. I just knew that I’d been given my orders. And I carried them out.

[[A dark figure is silhouetted against a flame.]]

Adult: I don’t know who or what we’re fighting.

Adult: It doesn’t matter to me.

Adult: It’s enough to know that there are forces working beneath the chaos of life, and I’m a

Adult: That whatever this “pen fifteen” club is,