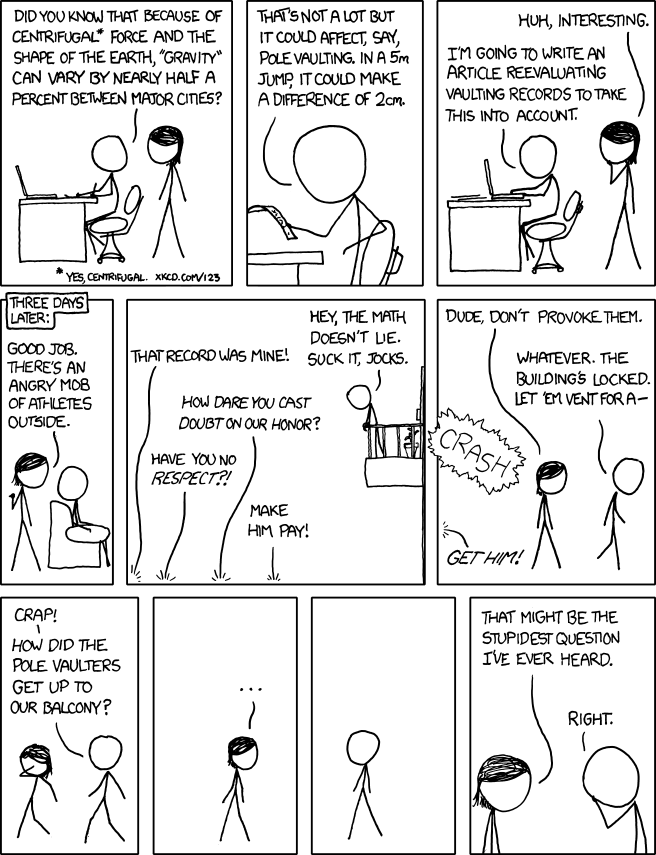 He: Did you know that because of centrifugal* force and the shape of the Earth, “gravity” can vary by nearly half a percent between major cities?

He: That’s not a lot, but it could affect, say, pole vaulting. In a 5m jump, it could make a difference of 2cm.

He: I’m going to write an article reevaluating vaulting records to take this into account.

She: Good job. There’s an angry mob of athletes outside.

[[He looks off the balcony. The mob of athletes is out of frame.]]

Athlete: That record was mine!

Athlete: How dare you cast doubt on our honor?

Athlete: Have you no respect?!

She: Dude, don’t provoke them.

He: Whatever. The building’s locked. Let ’em vent for a–

Off-panel Athlete: GET HIM!

He: How did the pole vaulters get up to our balcony?

She: That might be the stupidest question I’ve ever heard.