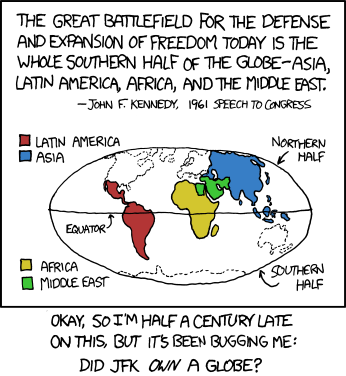 The great battlefield for the defense and expansion of freedom today is the whole southern half of the globe – Asia, Latin America, Africa, and the Middle East.

Okay, so I’m half a century late on this, but it’s been bugging me: did JFK