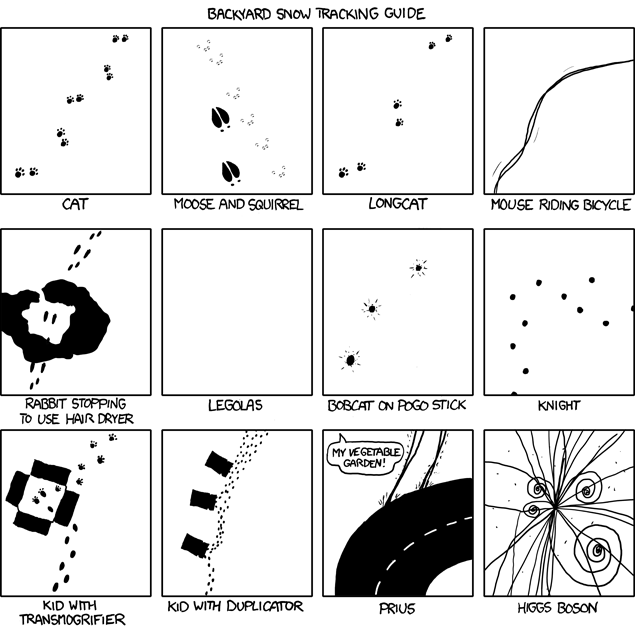 ((Each panel contains an overhead view of tracks through the snow, with a caption indicating the apparent source))

[[Standard paw prints through the snow]]

[[Cat prints, but with more space between the pairs of prints]]

[[Longer rodent tracks, with a large melted ring surrounding a point in the middle of the frame.]]

RABBIT STOPPING TO USE HAIR DRYER

[[Round prints that suddenly turn to the right halfway into frame]]

[[Human footprints up to a square melting pattern, turning into animal prints]]

[[Right curve on a road, with tire tracks careening out of frame]]

Out of Frame Garden Owner: MY VEGETABLE GARDEN!

[[A series of spiraling and outwardly traveling lines extend from a point in the middle of the frame.]]