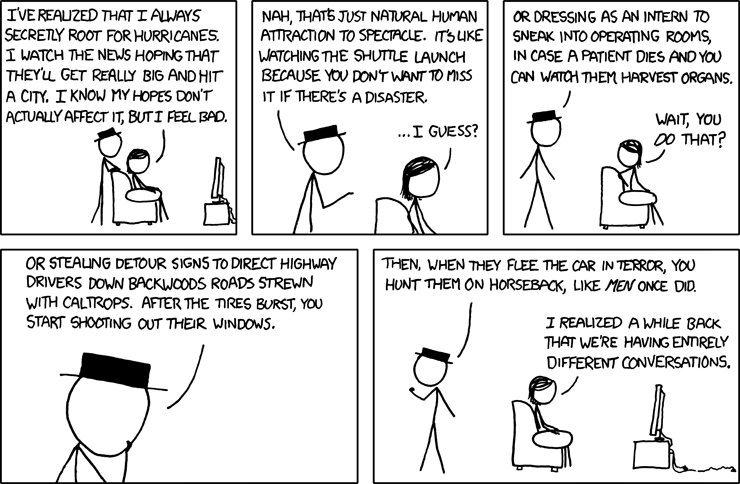 [[A woman is watching TV. The Black Hat Guy is leaning on the back of her chair.]]

Woman: I’ve realized that I always secretly root for hurricanes. I watch the news hoping that they’ll get really big and hit a city. I know my hopes don’t actually affect it, but I feel bad.

Black Hat Guy: Nah, that’s just natural human attraction to spectacle. It’s like watching the shuttle launch because you don’t want to miss it if there’s a disaster.

Black Hat Guy: Or dressing as an intern to sneak into operating rooms, in case a patient dies and you can watch them harvest organs.

Black Hat Guy: Then, when they flee the car in terror, you hunt them on horseback, like

Woman: I realized a while back that we’re having entirely different conversations.