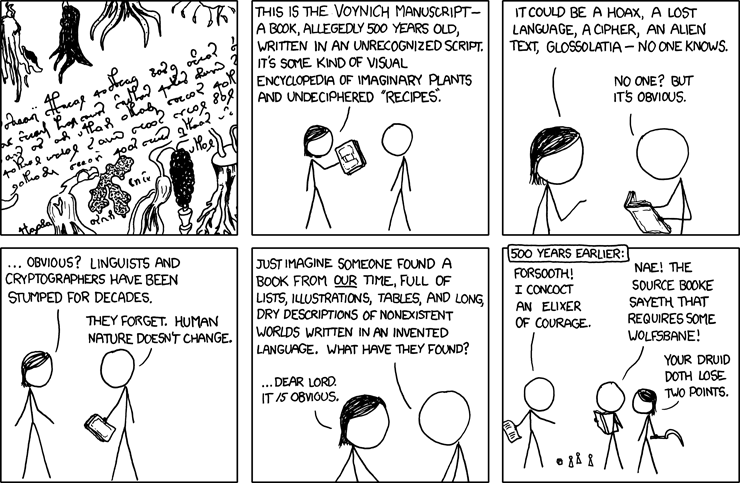 Woman: This is the Voynich manuscript – a book, allegedly 500 years old, written in an unrecognized script. It’s some kind of visual encyclopedia of imaginary plants and undeciphered “recipes”.

Woman: It could be a hoax, a lost language, a cipher, an alien text, glossolatia – no one knows.

Man: No one? But it’s obvious.

Woman: … Obvious? Linguists and cryptographers have been stumped for decades.

Man: Just imagine someone found a book from our time, full of lists, illustrations, tables, and long, dry descriptions of nonexistent worlds written in an invented language. What have they found?

Person #1: Forsooth! I concoct an elixir of courage.

Person #2: Nae! The source booke sayeth that requires some wolfsbane!