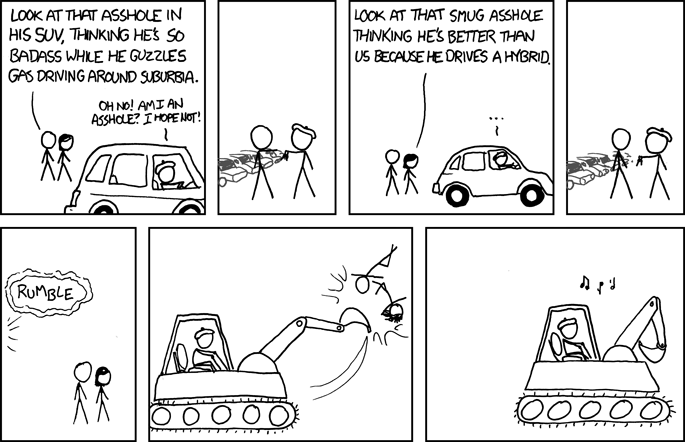 [[A couple watches Beret Guy drive by in an SUV.]]

Man: Look at that asshole in his SUV, thinking he’s so badass while he guzzles gas driving around suburbia.

[[Beret Guy trades in his keys at the dealership.]]

Man: Look at that smug asshole thinking he’s better than us because he drives a hybrid.

[[The couple is standing.]]

[[Beret Guy drives a backhoe in and smacks the couple out of the panel with the digger.]]