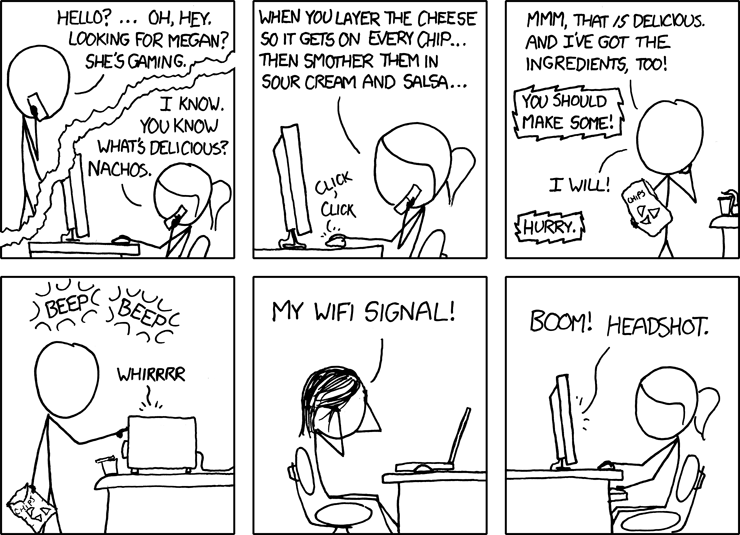 [[A man is on the phone with a woman, who’s on her computer in the other half of a split panel.]]

[[The woman clicks on her computer while talking.]]

Woman: When you layer the cheese so it gets on every chip … then smother them in sour cream and salsa …

Man: Mm, that IS delicious. And I’ve got the ingredients, too!

Woman, on phone: You should make some!

[[The man is making nachos in the microwave.]]

Megan, at her computer: My wifi signal!

[[The woman who called is at her computer.]]