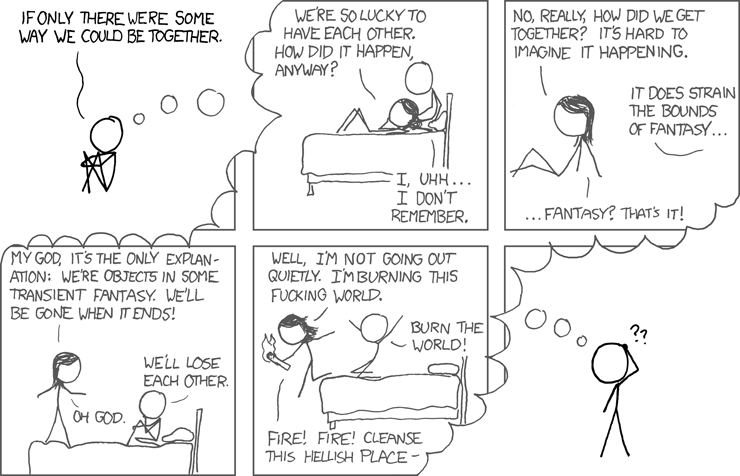 Man: If only there were some way we could be together.

((He fades into a thought bubble containing the next four panels.))

[[A man and woman are in a bed together. The man is rubbing the woman’s shoulders.]]

Woman: We’re so lucky to have each other. How did it happen, anyway?

Woman: No, really, how did we get together? It’s hard to imagine it happening.

Man: It does strain the bounds of fantasy…

Woman: My God, it’s the only explanation: We’re objects in some transient fantasy. We’ll be gone when it ends!

Man: We’ll lose each other.

[[They leap from the bed. The woman has a flaming torch.]]

[[The man is puzzled. What happened?]]