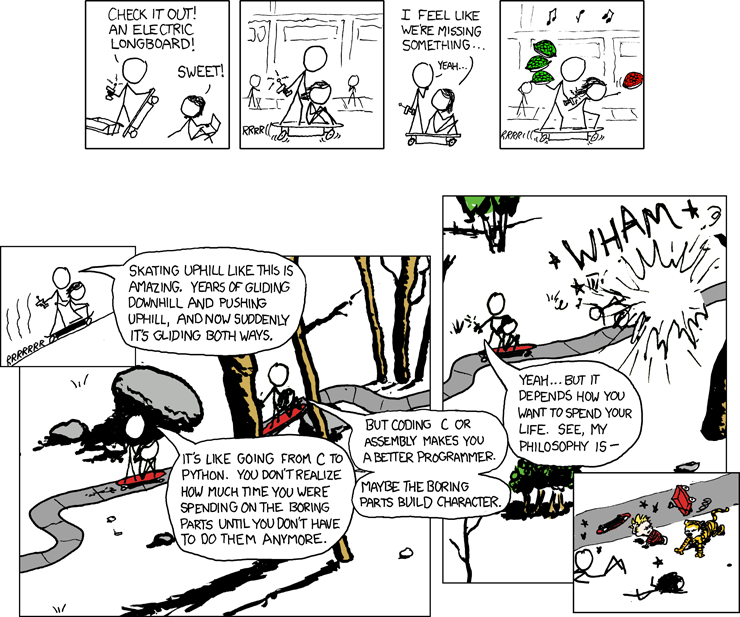 [[Guy showing off electric skateboard to girl reading something]]

Guy: Check it out! An electric longboard!

[[Guy riding longboard with girl sitting onboard – people in background]]

[[Girl turned around on longboard]]

[[Guy and girl still on longboard, going up an incline]]

Guy: Skating uphill like this is amazing. Years of gliding downhill and pushing uphill, and now suddenly it’s gliding both ways.

[[Guy and girl after passing an S-curve and boulder]]

Guy: It’s like going from C to Python. You don’t realize how much time you were spending on the boring parts until you don’t have to do them anymore.

[[Guy and girl on longboard…]]

Guy: Yeah… but it depends how you want to spend your life. See, my philosophy is –

[[Longboard get into an accident]]