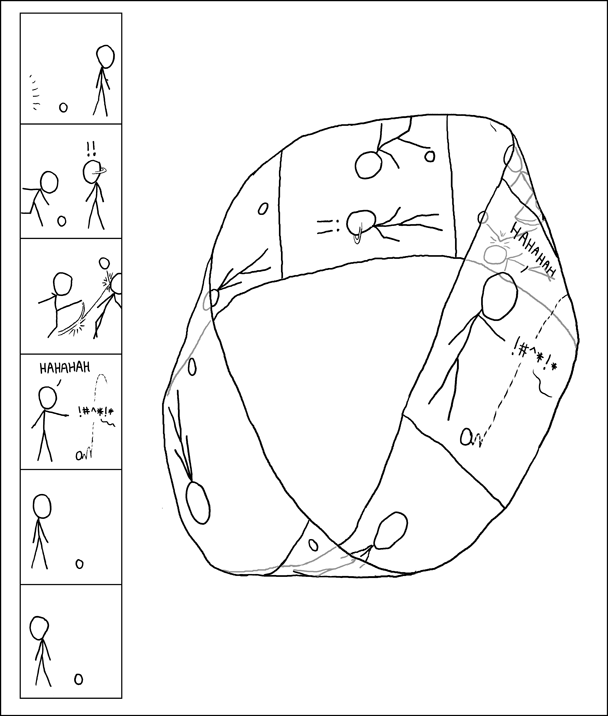 [[A man is standing next to a ball, a flash appears on the left side of the panel]]

[[Another man comes in from the left, preparing to kick the ball]]

[[The first man is lying outside of the frame, second man points and laughs.]]

[[Second man is now standing next to the ball.]]

{{The strip above is looped around like a film strip, but a one-half-turn is put into the loop to make it a Mobius strip.