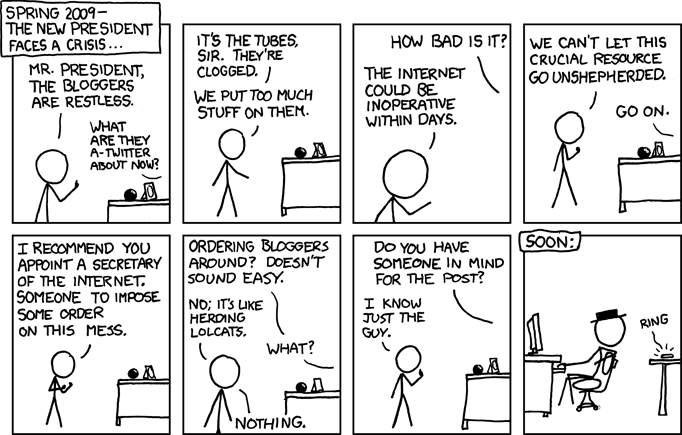 [[Man is talking to an unseen Mr. President, who is sitting behind a desk.]]

Mr. President: What are they a-twitter about now?

Man: It’s the tubes sir. They’re clogged. We put too much stuff on them.

Mr. President: How bad is it?

Man: The internet could be inoperative within days.

Man: I recommend you appoint a Secretary of the Internet. Someone to impose some orders on this mess.

Mr. President: Do you have someone in mind for the post?

Man: I know just the guy.