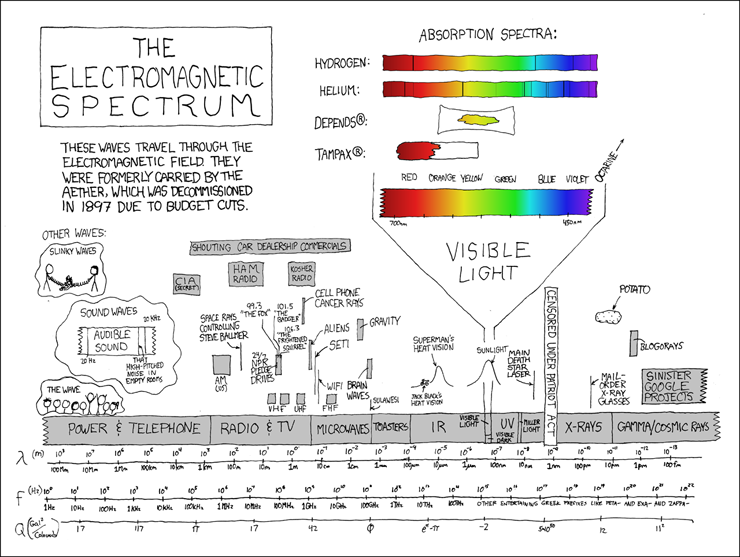 ((Everything is one big panel.))

These waves travel through the electromagnetic field. They were formerly carried by the aether, which was decommissioned in 1897 due to budget cuts.

3 of the way along, after which the labels read “other entertaining greek prefixes like peta- exa- and zappa-”; last is Q (Gal^2

cosmic rays (10pm and smaller); above that is a bar marked Sinister Google Projects which also trails off into higher frequencies, and blogorays, which are slightly lower.