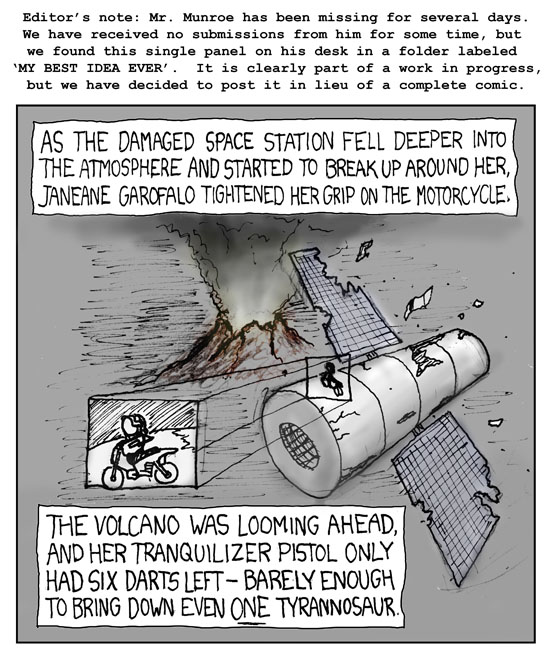 Editor’s Note: Mr. Monroe has been missing for several days. We have received no submissions from him for some time, but we found this single panel on his desk in a folder labeled ‘MY BEST IDEA EVER’ . It is clearly part of a work in progress, but we have decided to post it in lieu of a complete comic.

[[Single panel illustration in color with one small panel embedded within, showing a zoomed-in version of Janeane Garafolo on a motorcycle. The background is a gray landscape beneath a falling space station, a large volcano with smoke rising the only discernible feature of the landscape below.]]

As the damaged space station fell deeper into the atmosphere and started to break up around her, Janeane Garafolo tightened her grip on the motorcycle.

The volcano was looming ahead, and her tranquilizer pistol only had six darts left - barely enough to bring down even ONE tyrannosaur.