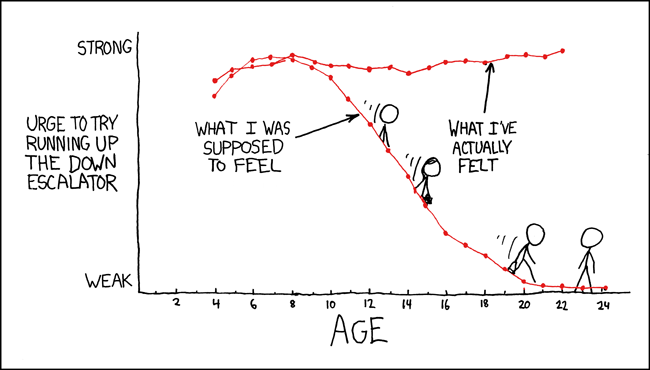 Graph with y axis titled “Urge to try running up the down escalator”, with “weak” by the bottom and “strong” by the top. x axis has every two years labeled and every year signified by a smaller mark, which stops at 24. A red line with “What I was supposed to feel” with points at every line rises, peaks at 7 years old, then falls “tangent graph” shaped until the end. Along this line are shown various stick-figures at 12, 14, 20 and 24. A second red line runs “What I’ve actually felt” which stays consistently high.