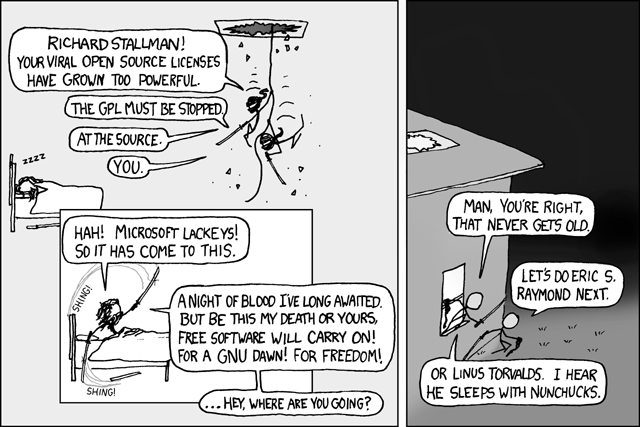 [[A man with much facial hair is sleeping on a bed.]]

Ninja 1: The GPL must be stopped.

[[Richard Stallman wakes up immediately, and pulls his katana out of its sheath from under his bed]]

Richard Stallman: Hah! Microsoft lackeys! So it has come to this!

Richard Stallman: A night of blood I’ve long awaited. But be this my death or yours, free software will carry on! For a GNU dawn! For freedom! … hey, where are you going?

[[The ninja step out the window]]

Ninja 1: Or Linus Torvalds. I hear he sleeps with nunchucks.