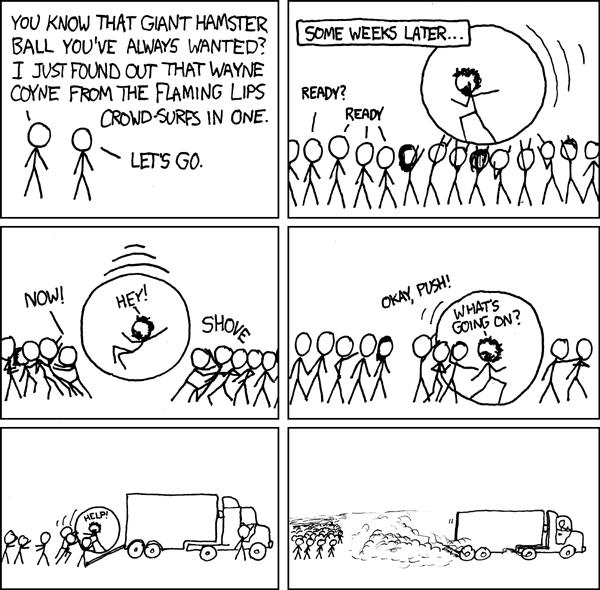 Person 1: You know that giant hamster ball you’ve always wanted? I just found out that Wayne Coyne from the Flaming Lips crowd-surfs in one.

[[Wayne Coyne is, in fact, crowd-surfing in a giant hamster ball.]]

[[People on both sides shove the crowd out of the way, causing Coyne in his ball to fall to the ground.]]

[[Person and friends start pushing the ball away, as the crowd looks on.]]

[[Some roll him up the ramp into the back of a semi, while others hold the crowd back and one stands by to drive.]]

[[The truck drives off, leaving the audience in a cloud of dust.]]