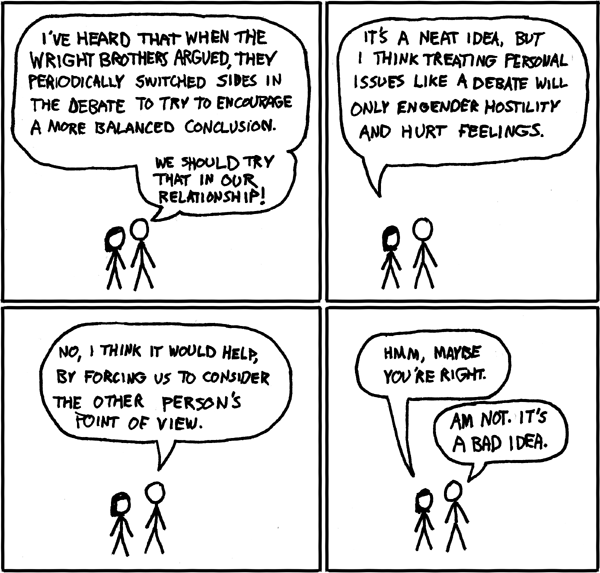 [[A man and a woman are talking to each other]]

Man: I’ve heard that when the Wright brothers argued, they periodically switched sides in the debate to try to encourage a more balanced conclusion.

Man: We should try that in our relationship!

Woman: It’s a neat idea, but I think treating personal issues like a debate will only engender hostility and hurt feelings.

Man: No, I think it would help, by forcing us to consider the other person’s point of view.