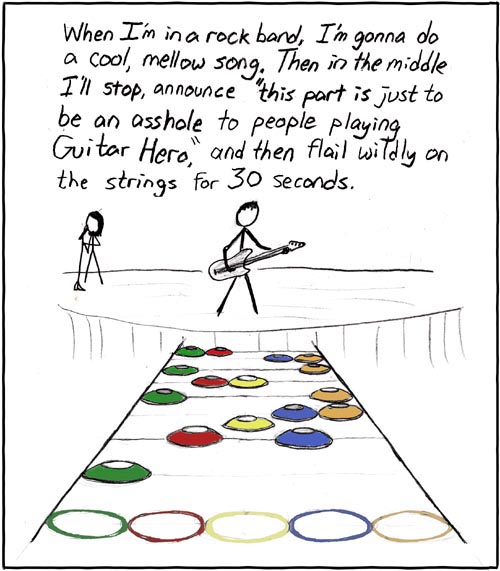 [[On a stage, a guy with a beard is in the background, holding a microphone. In the center is a guy with an electric guitar. The catwalk has bumps to resemble the tracks of Guitar Hero.]]

When I’m in a rock band, I’m gonna do a cool, mellow song. Then in the middle I’ll stop, announce “this part is just to be an asshole to people playing Guitar Hero,” and then flail wildly on the strings for 30 seconds.