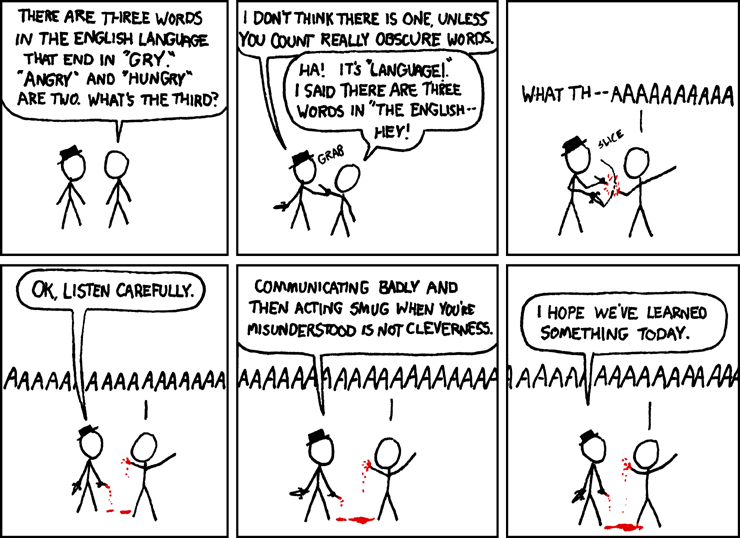 [[Hat Guy and Random Guy are standing next to each other.]]

Random Guy: There are three words in the English language that end in “gry”. “Angry” and “Hungry” are two. What’s the third?

Hat Guy: I don’t think there is one, unless you cound really obscure words.

Random Guy: Ha! It’s “language”! I said there are three words in “the English–”

[[Hat Guy slices off Random Guy’s hand with a knife.]]

Hat Guy: Communicating badly then acting smug when you’re misunderstood is not cleverness.